My first week development of my div-based typeface where I introduced a level of interactivity (I eventually had to leave out the hover stuff because it just took waaaaaay too long to add interactivity for each letter).

A to Z, 0 to 3! What started off as playing around with the rules of CSS classes and high-contrast forms turned into a blackletter-inspired div-based typeface.

Building off of the event’s thematic inspiration, Marshall McLuhan’s “The Mechanical Bride: Folklore of the Industrial Man”, this promotional website imagines what the collision of folklore and the web could look like. Using maximalist type and nods towards the calligraphic forms of illuminated scripture, the site echoes the event speakers’ concerns of our awareness of our digital surroundings. While I haven’t had the chance to make this website responsive yet, check out how sick it looks when all the elements collide! (Don’t worry, I will get around to making it responsive over the break—it’s defs gonna be a portfolio piece)

Happy Times at the IKOB

Designed by Lucas Le Bihan (Also the designer for Sporting Grotesque! Love that font!). A modern recut of times, which I thought well-suited the event’s theme of re-thinking our relationship with the web! I also just really enjoy Velvetyne’s website in terms of design (which, ATM is currently redirecting to a site about the strike, but hopefully you’re familiar with what it typically looks like. The strike website is also super cool though!)

Designed by Jean-Baptiste Morizot (For a look into the thinking/inspiration/design behind this font read the post-mortem of this font here). A cool font borrowing from old calligraphic forms, similar reasons of use as Happy Times.

I used sticky elements to create a scrolling experience reminiscent of flipping through pages of a book. I could never figure out the weird stuff that happens when you scroll down to the last element on the page, so I ended up just putting some secret text in the empty space that revealed itself once you scroll all the way to the bottom.

I used this to track the speed of the mouse to get the background to flash yellow, adding on to the hyper visibility of the user’s interactions on the website.

Inspiring interactive sites, sources of content, and inspirations of documentation and archives.

My first time working node.js and type things into the terminal!

One of the things I needed to know to be able to display cursors corresponding to each connected user across all browsers.

Same as before, but also to try and find out how to remove cursors when users have disconnected.

Still trying to figure out how to remove cursors when users disconnnect!!! Ahh!!!

Draw div when moving cursor (have something follow the cursor)

Applying jQuery’s animate() to transition between muted and unmuted tracks.

Because holding down the mouse continuously keeps adding another animation to be played, I needed the build-up of animations to clear whenever a user releases the mouse.

The full collection of songs and history that inspired the whole thing!

A cross-browser interactive site that brings artifacts out from the storage system into a more active and engaged experience for the user. Requiring the collaboration between users, the overlapping tracks of audio shift and morph into one another, creating new sounds and experiences depending on the participants, similarly to how the cultural relevance and value of the song, “Amazing Grace”, has transformed throughout time.

A collection of things I had assembled for my Workshop stuff that I thought could be expanded during this last project. I think everything here remains relatively unresolved...

One of the tests I did with my text-generation idea to try and revive or rehumanize the portraits from the expedition, which in the end was not very fruitful.

To scrape Google Images searches through a headless browser.

A guide to making a general web scraper, in this case for Wikipedia.

For animated loop scroll! A recommendation from Kyle. 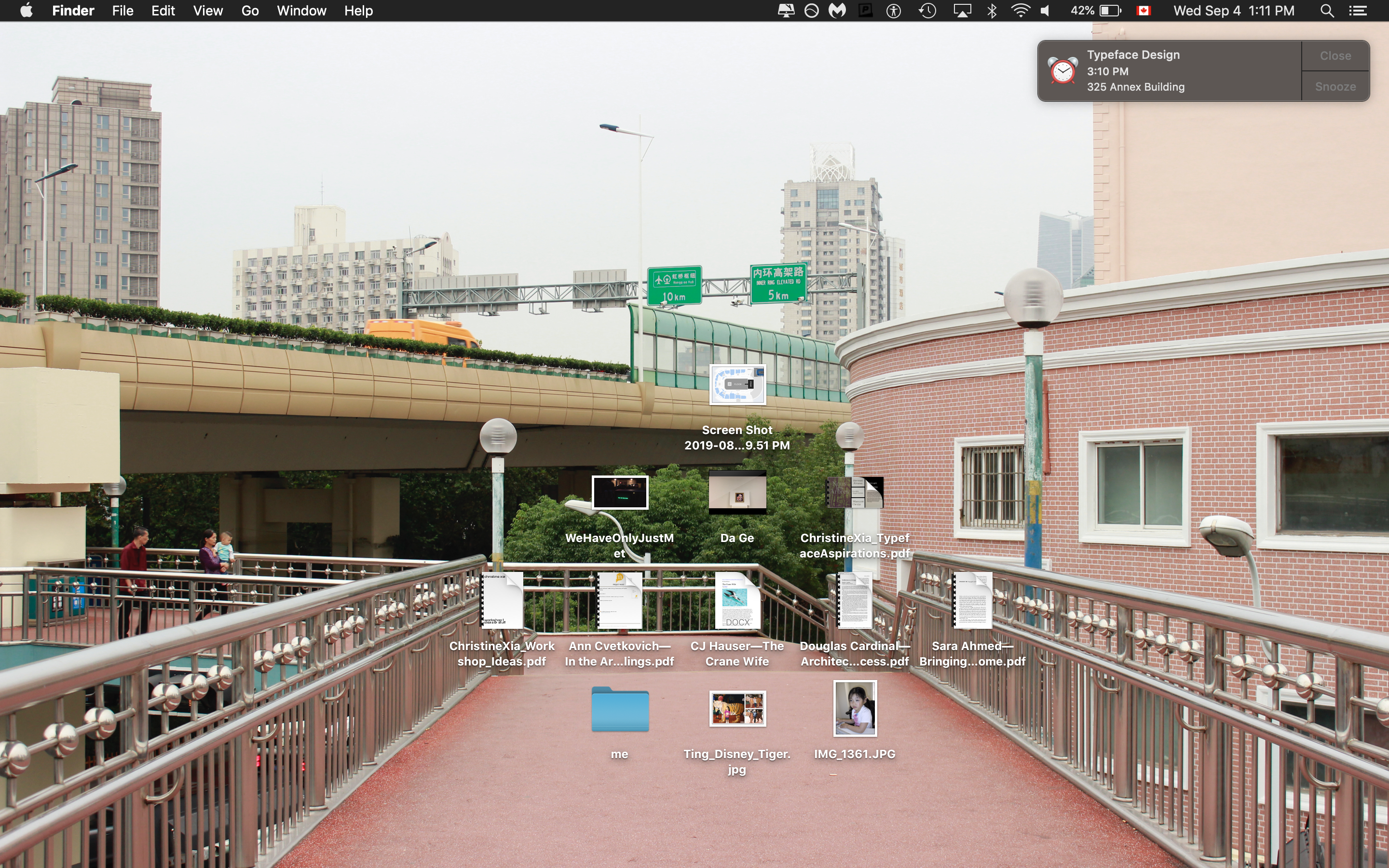 A get-to-know me exercise: who I am, where I’m from, what I like, what I make. 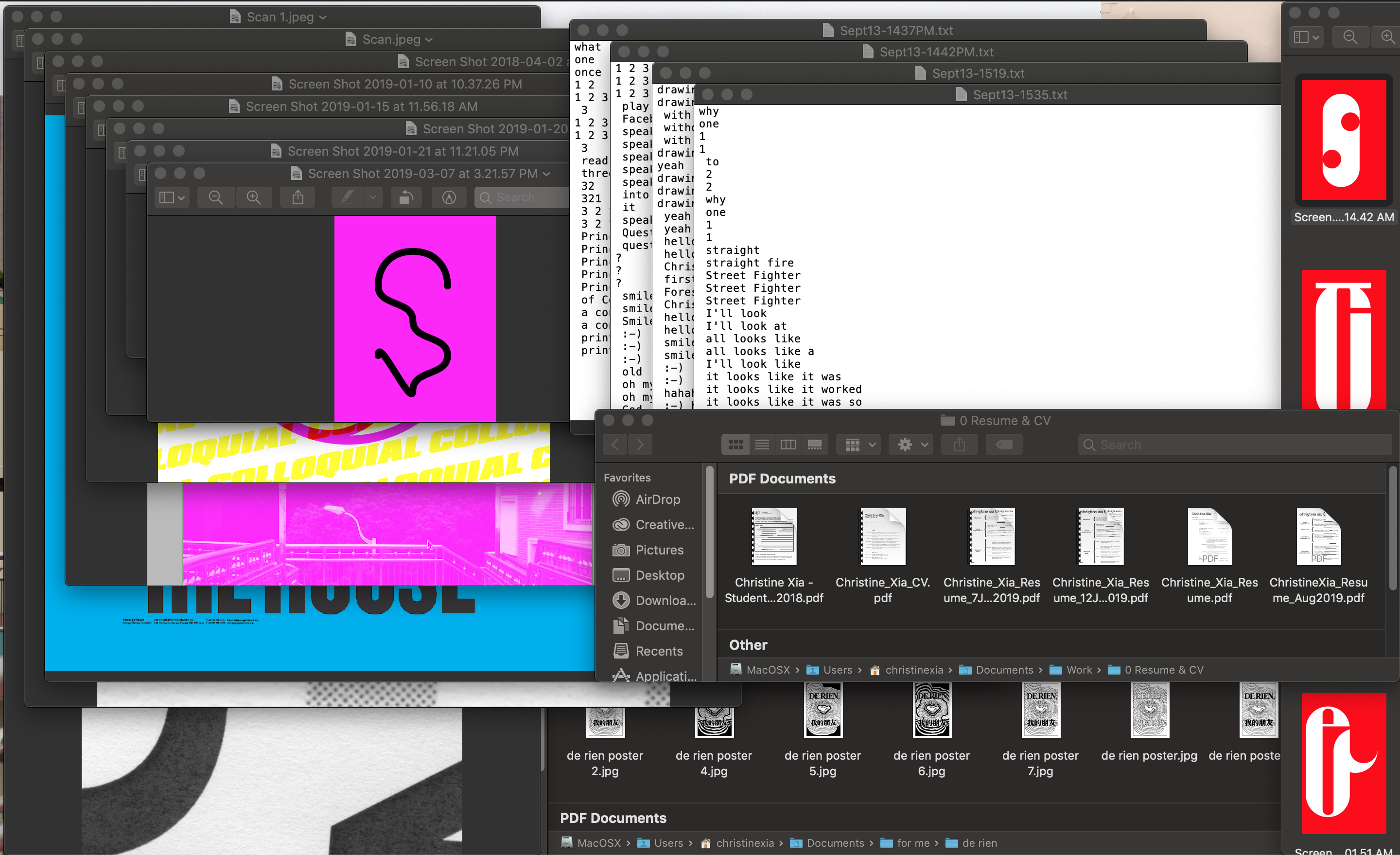 How I think I use my computer: I rely heavily on the unprecious nature of working in a digital medium, being able to save copies and make multiples and preserve every step and mistake I make throughout my making-process.

Responding to “The Poetry of Tools”

My website is a sandcastle anticipating the rising tide

My first time learning how to use CSS grids! Revolutionary!

Learning more about the built-in hierarchies of type in HTML.

I don’t really remember if this was the outcome for the in-class exercise we were doing (oops!) but I did make a for loop that changed the colour of an appended element!

Using a weather API! Fun! I also make the background colour relative to the temperature.

From our risograph workshop.

Just look at the sideways cursor on those sidebar titles! Very cool!